Types of Benefits for California Workers

Under the California Workers’ Compensation law, there are five benefits:

For injuries after January 1, 2019, the minimum rate is $187.71 and the maximum rate is $1,251.38. For injuries after January 1, 2008, aggregate payments of Temporary disability cannot extend beyond 104 weeks during the five year period from the date of the work-related injury. For work injuries between 2004-2007, benefits cannot go beyond 104 weeks from the date of first payment of temporary disability.

If a medical doctor states that you are unable to work due to your work-related injury, Then you will be eligible for temporary disability. Your benefits will continue until you are released by a doctor to return to work or until your condition is established by the doctor to be permanent and stationary or to have reached the maximum medical improvement.

Labor Code section 4453(a) (10) requires the rate for TTD be increased by an amount equal to percentage increase in the State Average Weekly Wage (SAWW) as compared to the prior year. The SAWW is defined as the average weekly wage paid to employees covered by unemployment insurance as reported by the U.S. Department of Labor for California for the 12 months ending March 31 in the year preceding the injury. In the 12 months ending March 31, 2018, the SAWW increased from $1,206.92 to $1,242.78—an increase of 2.971 percent.

Under Labor Code section 4659(c), workers with a date of injury on or after January 1, 2003 who are receiving life pension (LP) or permanent total disability (PTD) benefits are also entitled to have their weekly LP or PTD rate adjusted based on the SAWW.

Under California Workers’ Compensation Law, injured workers receive all necessary and reasonable medical care to relieve or cure the effects of a work related injury. To treat a work related injury, the insurance company or employer may have an established medical provider network (MPN). If they do, then you must receive treatment for your work injury through the list of doctors. Any dispute of the MPN doctor’s treatment of you requires that you seek out a second opinion from within the MPN. If an MPN does not exist, then you can choose your own physician to treat you after 30 days from the date the work injury took place. Note that you are only allowed one treating physician at a time who manages your case. The treating physician can refer you to other medical specialists within the MPN, in order to help you get the needed treatment.

Vocational rehabilitation is the process of retraining for new work skills as part of recovery from a work related illness or injury. If a worker is able to perform the normal essential functions of the job, they may be entitled to a “reasonable accommodation” from the employer, which would allow the injured worker to return to their regular job with certain modifications or accommodations as long as such accommodations do not create a hardship for the employer.

As of 4/13/15 an additional $5,000 per eligible injured worker is available. Click the following link for more information Return-to-Work Supplement Program (RTWSP)

Dependents can claim death benefits under California Workers’ Compensation Law if the injured worker dies as the result of a work related injury. Death benefit amounts are determined by the degree of dependency and the number of dependents, and if there are minor children. Under California Workers’ Compensation Law, the standard for death benefits is determined by whether or not the injury has caused or hastened the injured worker’s death. Medical evidence must be provided in order to prove the dependent’s claim. 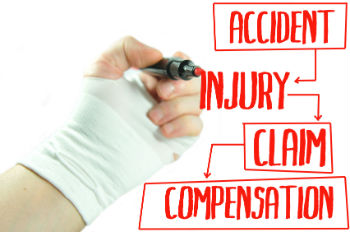